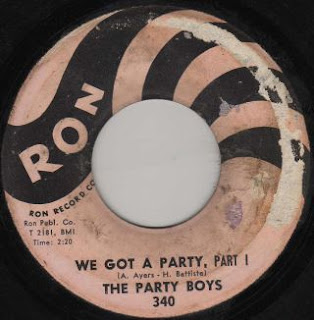 
MP3 File
Ponderosa Stomp 2010 was a blast and now as promised, I have a few items from the record show. First up is a song I've seen on various comps over the years, but have never been able to track down on vinyl. As you can see the label is a little flood damaged. Plays just fine though. I was surprised to see that this record is not as pricey as I had imagined. Also, I've never heard part 2!

p.s. I'm trying out new postings at a higher bit rate. Let me know what you think.
Posted by Jukeboxmafia at 1:48 PM 6 comments: 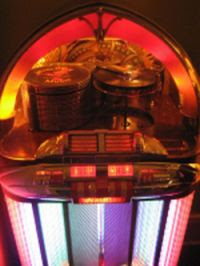 Heading down to New Orleans in the morning for the Ponderosa Stomp! Be back next week with some new goodies...
Posted by Jukeboxmafia at 8:02 PM 2 comments:

Email ThisBlogThis!Share to TwitterShare to FacebookShare to Pinterest
Labels: News, Text
Newer Posts Older Posts Home
Subscribe to: Posts (Atom)
Thanks For Listening!
Where the Soul of Man never dies...